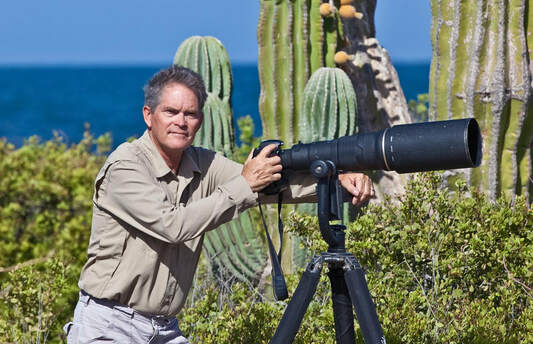 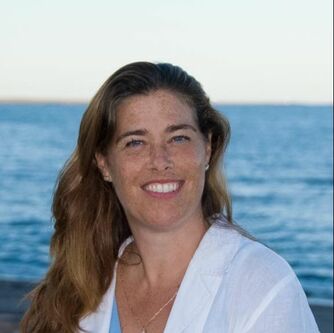 Serendipity. That’s how Loreto became the home of Jill and Rick Jackson. And it’s how their residence in Loreto, Las Cabañas, has become a communal home, jointly owned and managed with Jill’s parents, Les and Linda Clark, and shared with their guests—renters seeking an intimate resort near the sea and the heart of the historic town.

On New Year’s weekend in 2004, Rick, Jill and her mother were staying at Hotel Oasis at the southern tip of Loreto’s malecon while her father and brother were fishing. The destination of their long drive from her parents’ home in Sonoma, California, was Los Barriles south of La Paz. Loreto was just a stopover, although one they fully enjoyed. It was a familiar place for her father, who had been coming to Loreto in summers to fish for dorado. Since he and Linda had been searching for a vacation home in Puerto Vallarta, their minds were open to possibilities, especially ones punctuated with FOR SALE signs.

At 8:00 a.m. on January 1, Linda was walking along the Malecon when she found one: a FOR SALE sign on a wall displaying the name “Las Cabañas.” The owner happened to be watering plants out front, so she seized the moment. By the time the family had gathered and inspected the premises more closely, they found that the compound had a main house, two new guest rooms, and a boat garage. Rick remembers the thought that ran through his mind: “We can do this if the four of us pool our money.”  With a vision of patio and pool in place of the dirt courtyard with empty chicken coop, they bought it on the spot.

That’s when the serendipitous moment turned into pure luck. They had never heard of Loreto Bay, a sandy beach anchored by a recently built hotel about eight miles south of town. But in 2004 the massive marketing campaign in the U.S. and Canada to promote The Villages of Loreto Bay was just getting underway. Visitors flocked to Loreto to buy real estate, and there were few places for them to stay. The guest rooms at Las Cabañas filled immediately and stayed that way thanks to a #1 rating on Trip Advisor. Even now the rooms tend to be booked up thanks to repeat customers and word of mouth.

Over the years the Jacksons and Clarks have enhanced the resort’s reputation and amenities. They have added two guest rooms and a family living area above the boat garage. But the most obvious changes were to the courtyard, which they turned into an inviting patio for themselves and their guests with flagstone and lush native landscaping, swimming pool, bar, fire pit, huge palapa-covered outdoor kitchen and dining area, and even a wood-fired pizza oven. 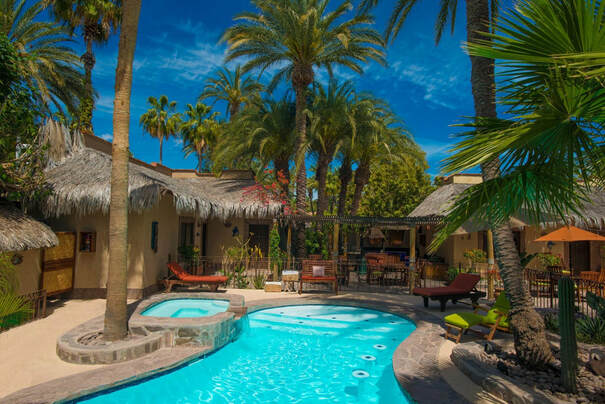 Rick grew up in Tustin, Orange County, in the 1960s. In a Southern California city surrounded by orange groves and ranches, he had ample opportunity to indulge his fascination with nature. His favorite TV show was Marlin Perkins’ “Wild Kingdom.” When he was 15, his uncle asked him what he wanted to be, and Rick answered, “A wildlife photographer.” The next week the uncle gave Rick his old camera, and soon he was building camouflage blinds at local cattle ponds to capture birds and animals as they came to drink. His efforts earned him an Eagle Scout merit badge.

After high school Rick enrolled in nearby Saddleback Community College. Believing his guidance counselor, who told him he could not make a living as a wildlife photographer, Rick decided to study zoology. When his closest friend started a bird-of-prey research project, Rick joined him. Armed with federal bird-banding permits from the U.S. Fish and Wildlife Service, they counted raptors, climbed to eagles’ nests, trapped and banded owls, falcons and hawks. Their study area covered more than 200,000 acres of open land, including Camp Pendleton Marine Base, Starr Ranch Audubon Sanctuary, and two county parks. Everywhere they went, Rick's shutter was clicking.

While his friend went on to earn a Ph.D., Rick was spending far more time photographing nature and entering prints in art shows and swap meets. When the zoology professor overseeing the bird-of-prey study called him into the office to discuss his poor grades, Rick confided, “I don’t want a degree. I want to be a wildlife photographer.” To his surprise, the professor responded, "Then you should follow your dream. If it doesn't pan out, you can always finish your degree.” Two months later the national Audubon magazine published Rick’s image of a mule deer buck. He never looked back

To build his career as a professional photographer, Rick created portfolios of his wildlife photos and exhibited them at art shows. From 1982 to 1998 his base was in Washington state while he traveled North America in search of subjects for his camera and exhibited in as many as 25 shows a year all over the western U.S. In 1998 he met Jill at the Harvest Festival of the Arts in Petaluma, California; in 1999 he married her in Puerto Vallarta.

By 2009, when the Great Recession was peaking and the market for art works in the U.S. was plummeting, Rick decided to join Jill full time in Loreto, where she was managing Las Cabañas with her parents. Since then the inn has been Jill and Rick’s permanent home and career. He installed a digital light room in the former boat garage. In the spring of 2014, he and Jill opened a shop in a classic building on the town square, which has been a main attraction for visitors to Loreto ever since. The sala, or living room, of the gracious, old stucco edifice, which began as a home 80 years ago, has become more than a shop. It’s a museum, where Rick’s magnificent photos of Loreto’s landscapes, seascapes, and wildlife fill the walls from terracotta floor to cedar-plank ceiling.

These days Rick‘s life follows the rhythms of the days and the seasons. With his own panga captain and the latest Nikon, he motors out on the water every “good” day before dawn. By noon he’s at the desk in his gallery, where he has already mounted the pick of that morning’s images on his TV viewing screen. In late summers he and Jill close up shop for a couple of months and head to Sonoma and the Pacific Northwest in their camper van. Rick usually fits in five or six art shows on the trip, and sometimes they go on international excursions. Then it’s back to Loreto and balancing the activities in his full life--photographing new images, transforming them into limited-edition prints, staffing the gallery, and co-managing Las Cabañas.
Jill is also drawn to the arts. She grew up singing and was a character lead in musicals at her Sonoma high school. She played Bloody Mary in South Pacific and Adoo Annie in Oklahoma. Today she and a friend sing for fun at local restaurants on open-mic nights. And she founded the tradition of Loreto hootenannies with a group of musical friends who take turns hosting potlucks and jam sessions in their homes.

After graduating in 1992 with a communications major from the University of California Santa Barbara, Jill found a job as production manager with the Harvest Festival. This traveling arts festival would put on 16 shows in three months each year throughout the western U.S. As production manager, Jill coordinated security, ticket-taking, and display booths; she inventoried props and decorations; she supervised temporary staff members and arranged housing for permanent ones; and she managed artist relations.

Her honed managerial skills served her well when she moved on to running her own coffee shop in a historic district of Folsom, California, in 1996. “I like building up a business,” she says,” but once it’s plateaued, I’m ready to move on.” True to her word, she made the shop a success before returning to the Harvest Festival for a brief stint. That’s when she met Rick. Although both had been in long-term relationships, on their first date in January 1998, they decided they were going to get married. “It clicked,” Jill said. “I thought, ‘This is who I’ve been waiting for.’”

After they married, Jill focused on marketing Rick’s art. From their base in Sonoma, they traveled together to photo shoots and art shows. Beyond North America, she and Rick visited Greece, where she had been a high-school exchange student, and Africa and Antarctica. This was the nature of their itinerant life until Jill dipped her toes into the field of resort management, part time, at Las Cabañas in 2004 and plunged in for good in 2008.

At first, running the resort was demanding, but as guests began returning and orienting each other, Jill found more time to explore new ventures. Selling real estate seemed a natural next step, since she was already making sure her guests had a good time exploring Loreto. Some of them even bought houses there. That got Jill thinking: “I’m selling Loreto by hosting them at Las Cabañas, so why not sell them homes here?” To meet Mexican legal restrictions for ex pats, she found a licensed and experienced realtor in Cabo to serve as her mentor. She is now one of three realtors in the city of Loreto and an official agent with Mision Loreto Properties. 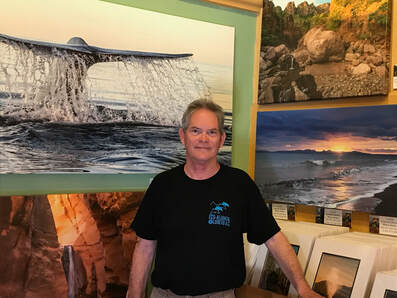 Having chosen Loreto as their home, Jill and Rick have committed themselves to ensuring its well-being. They donate to Animalandia, and Raices Vivas. But their spare time, resources and energy mostly go to Eco-Alianza, a local nonprofit founded in 2007 with the vision of protecting the social and economic future of Loreto, and especially its natural environment—the national marine park, the watershed, the coast, and the mountains. Jill serves on the Board of Directors. Rick is the organization’s photographer and a member of its advisory board. Eco-Alianza’s impressive annual wall calendars feature his photos, and proceeds from their sales support the children’s environmental education fund, a vital new project of the organization.

The pages of the calendars are testaments to Rick’s artistic eye and to his and Jill’s love of Loreto. Rick captures nature here in many guises—among them, her splendor, her serenity, and even her funky sense of humor.

There is the graceful silhouette of a dolphin, leaping high above the sea, its tail trailing a stream of water turned golden by the rising sun.

There is the distant, full moon lingering just beyond the dark, gently curving mound of Isla Coronado, which rises from a calm and rosy sea while soft bands of pale pink and muted blue stripe the sky overhead. In the foreground, stately cardons draw this floating scene down to earth.

And there’s that pair of pelican chicks in their nest on a rocky cliff—fuzzy, gray blobs with naked, lumpy, gray heads. One of them is gazing over his shoulder toward the viewer with a disdainful eye. They look ridiculous, hilarious, like something out of the Pliocene.